You Ought to Be in Pictures

You Ought to Be in Pictures

You Ought to Be in Pictures is a 1940 Looney Tunes short directed by I. Freleng.

The title comes from the popular 1934 song "You Oughta Be in Pictures" by Dana Suesse and Edward Heyman.

Daffy wants to be the top star in the studio. To this end, he persuades Porky to resign from the Schlesinger studios to pursue a career in feature films as Bette Davis' leading man. Porky goes to Leon Schlesinger and asks to have his contract torn up. Schlesinger reluctantly agrees, and wishes Porky the best of luck. "He'll be back!" chuckles Schlesinger after Porky is out of earshot.

Porky spends the rest of the film trying to get into the lots and sets of an unnamed studio, with little success. After several failures, from convincing the security guard to let him in to dressing up as Oliver Hardy to gain access, until the guard gave chase, and inadvertently interrupting the shooting of a ballet film, he decides to see if Schlesinger will take him back. He returns to Schlesinger's office after frantically dodging his cartooned car in and out of "actual" Los Angeles traffic, only to see Daffy doing a wild audition to become the new star of Warner Bros. cartoons, openly disparaging Porky. Porky then takes Daffy with him to another room, where he beats Daffy up. After this, he hurriedly runs into Schlesinger's office to beg for his job back. Schlesinger, laughing heartily and saying "I knew you'd be back!", reveals that he didn't really rip up Porky's contract, and happily tells him to get back to work. Porky gladly thanks him and runs back into the animation paper that he was in when the short started. Daffy, still not quite having learned his lesson after being beaten by Porky, again attempts to persuade Porky to resign and work with Greta Garbo, only to get splattered with a tomato. 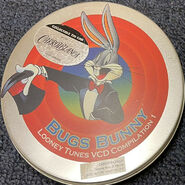 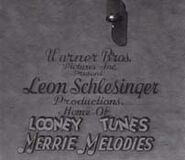 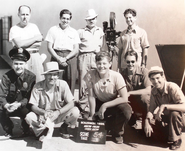